The idea of hybridization or “mixing” of martial arts traditions originates in the 19th to early 20th century, when Asian traditions first came to the attention of European practitioners. 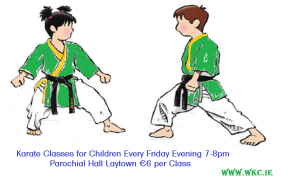 Freestyle is logically about what the name says. It’s about being free from the concept or in some cases confines of a style. Generally, it is a broad based syllabus that allows for interpretation by the instructor and enables them to teach a variety of techniques. Quite what each individual club is like will depend on what mix the instructor brings to the equation. Many will have roots in traditional arts (not just Karate either) and others will have always been freestyle.

Brendan Donnelly began his Martial Arts career in 1979 training in traditional Karate and Kung-Fu. In 1982 he established the first “Full Contact”/ Kick-Boxing club in the Holy Family Boxing Club in Drogheda. 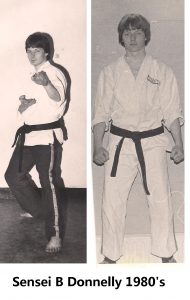 Brendan, having being awarded his 1st Dan from Sensei John Mc Grane, established the Red Dragon Free Style Karate Club in Drogheda in 1984.  The Irish Free Style Karate Association was affiliated to the Red Dragon Karate Association in 1986,The Club produced many champions in both full-contact and semi-contact competitions, indeed some of Brendan’s students have gone on to further develop his concepts of independent thinking within the Martial Arts and have established “systems” based on many of his original concepts.