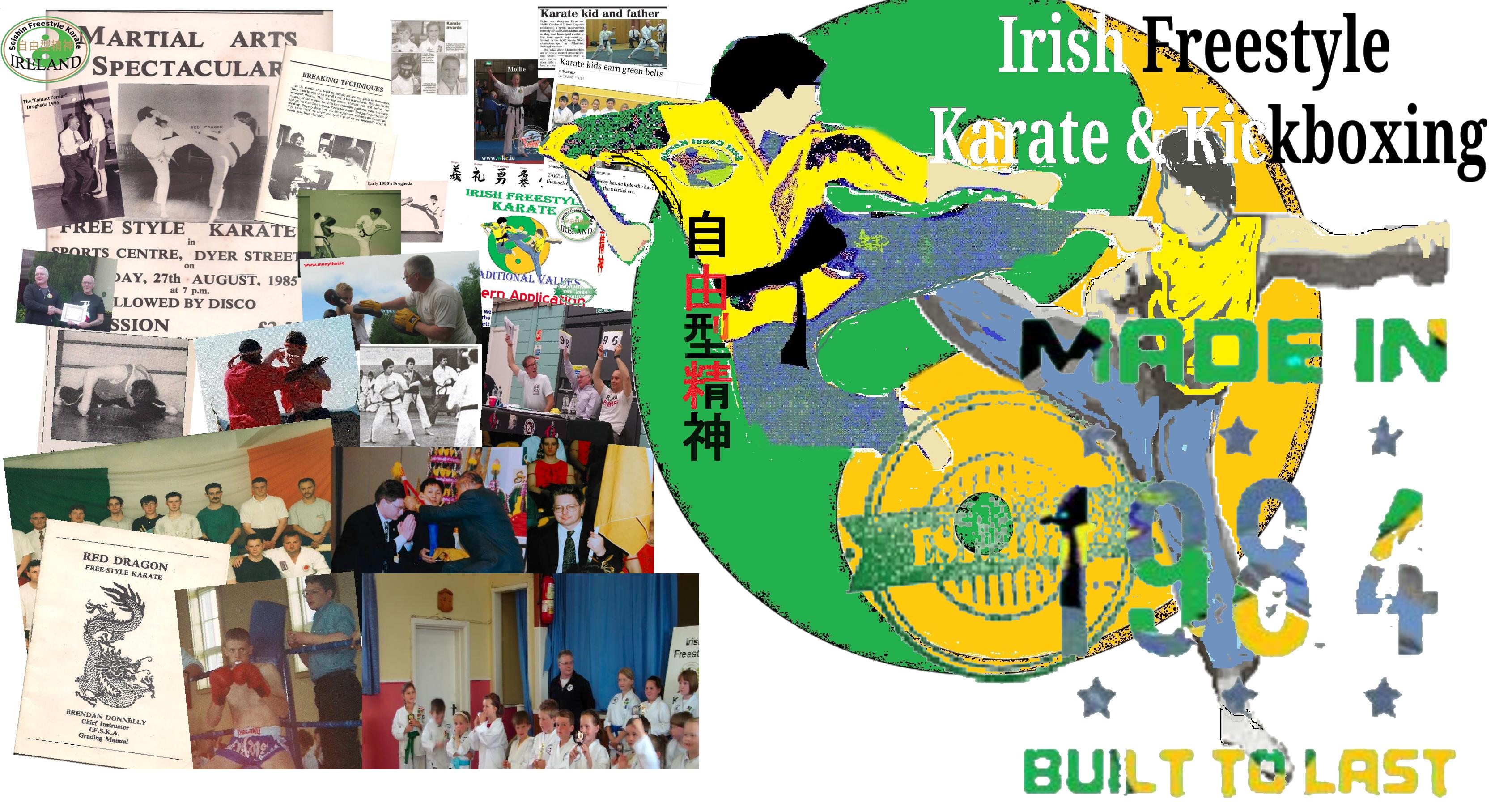 Freestyle Karate/Kickboxing is now the one of most popular of all the striking arts worldwide. Not all Freestyle systems are the same, having their roots in different Martial arts means that over the past 40 years different schools have developed different characteristics. For these reasons it is common for schools to use their base traditional style as part of the freestyle title for example “Shotokan Freestyle” some schools have also used club names to distinguish them from others.
The Irish Freestyle Karate Association was established in 1984 at a time when Freestyle was nonexistent in Ireland today there are numerous Freestyle clubs. Since 1984 Irish Freestyle Karate has developed from  a Shotokan Karate and Full Contact kickboxing based system, has incorporated Muay Thai and Jiujitsu (Seiei Kan) in to its curriculum along with traditional Karate of Seishinryoku Ryu, for this reason, our school is now known as Seishin Freestyle Karate ( 自由型精神 Jiyu Kata Seishin) meaning “True Freestyle spirit” or “The true spirit of Freestyle”

You must ignore the bad and adopt the good.

Currently no class available due to Covid-19 Restriction.

Classes for Children begin in September